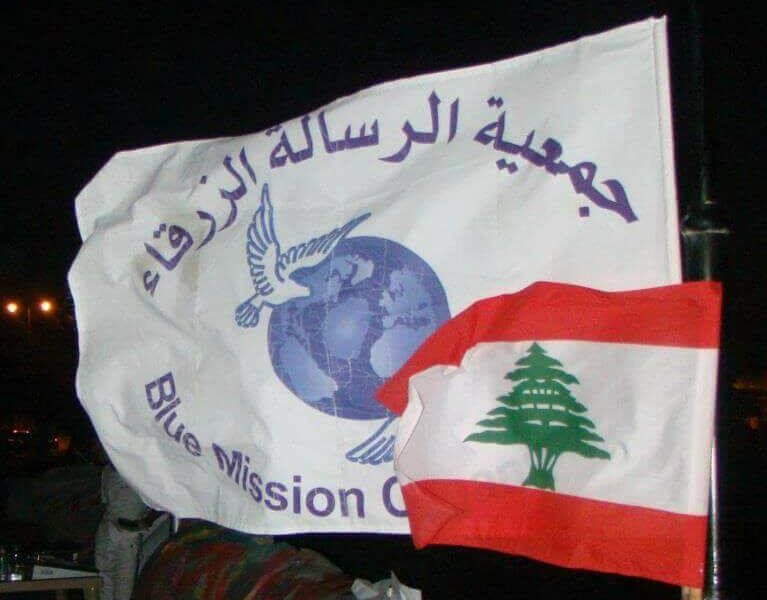 Blue Mission’s flagship program was first implemented in 2002 and sought to combat and end the cycle of violence by equipping children and youth with the skills to become self-aware of their actions improve their interactions with their peers, families, and communities. The program adopted art therapy as a modality and promoted civic engagement as a vehicle for self-expression and a means of promoting self-worth.  Fundamentally, the program was meant to convey to youth their role as critical actors in the improvement of their society and as protectors of human rights, both locally and globally. Furthermore, the program worked in parallel with teachers, parents, and neighbors to fundamentally transform communities.  The underlying methodology and central principles of Ambassadors of Peace continues to guide and inform the development of our projects.

Seeds of Peace Summer Camp: In 2018, Blue Mission partnered with Secours Islamique France to establish a summer camp in Rmaileh that hosted vulnerable Syrian and Lebanese children.  The program engaged the children through activities designed to entertain while also cultivating a generation committed to peace.  Children also participated in interactive workshops on a range of topics that included gender equality, early marriage, environmental consciousness, and the ramifications of child labor.

From Village to Village: From 2012 to 2015, Blue Mission, supported by USAID, developed a project that encouraged youth to interact with their peers in neighboring communities in south Lebanon and be proactive in the promotion of a culture of peace.  Participants learned soft skills like leadership and project management and were tasked with designing a development project to improve their community.  Participants proposed a revitalization of the public library in Saida’s municipal building and after successfully promoting their project to the municipal council, were granted a contract to manage the library.

The Our Life and Our Wishes: Starting in 2017, Blue Mission partnered with Steenmedia to give Syrian, Lebanese and Palestinian children from schools and shelters in Saida, the opportunity to express themselves through designing and publishing books about their past, their vision of the future, and their aspirations.  In Our History, children shared their stories about traditions, food, clothes and communication systems. In Our Future, these children wrote about questions they had concerning the future. What will their lives be like in 20 years? What food will they have on the table? How much pollution will be there in Syria? What will Palestine be like in 2040?  Our Wishes gave the children an opportunity to articulate what they envision for the future and Our Life allowed them to share their own personal stories. 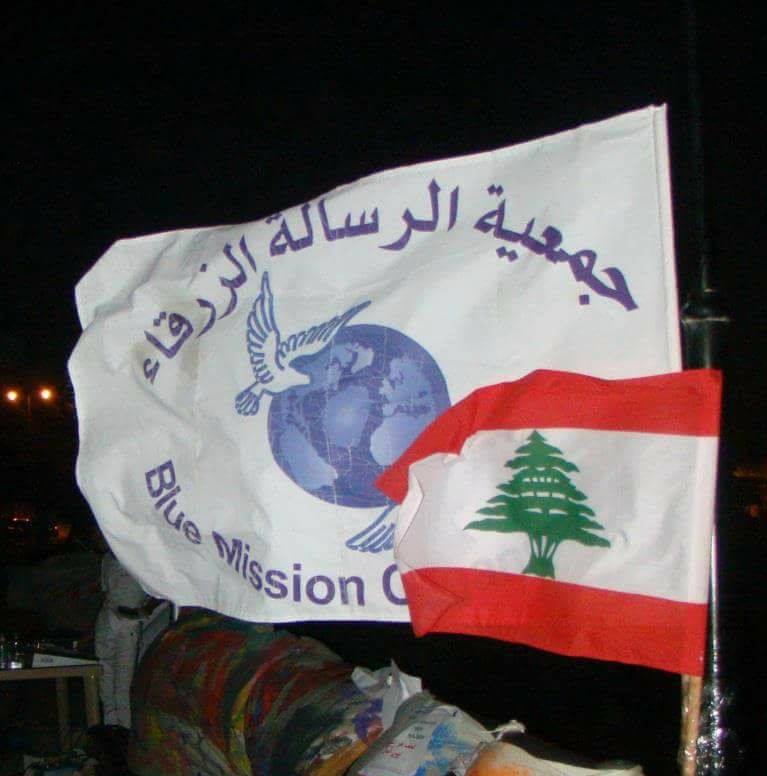 Since 2002, Blue Mission’s core foundation and ideology have revolved around two principles: tranquility and peace of mind.

For this reason, our community and staff are trained to encounter and resolve conflict in non-violent manners.

Current programs encourage participants to engage and recognize their source of anger through inclusive therapy, art and music performances. Violence is seen as a decision, not a reaction.

This enables the youth to become responsible citizens in all aspects of their lives, become self-aware of their actions and interactions with others and to develop life skills. 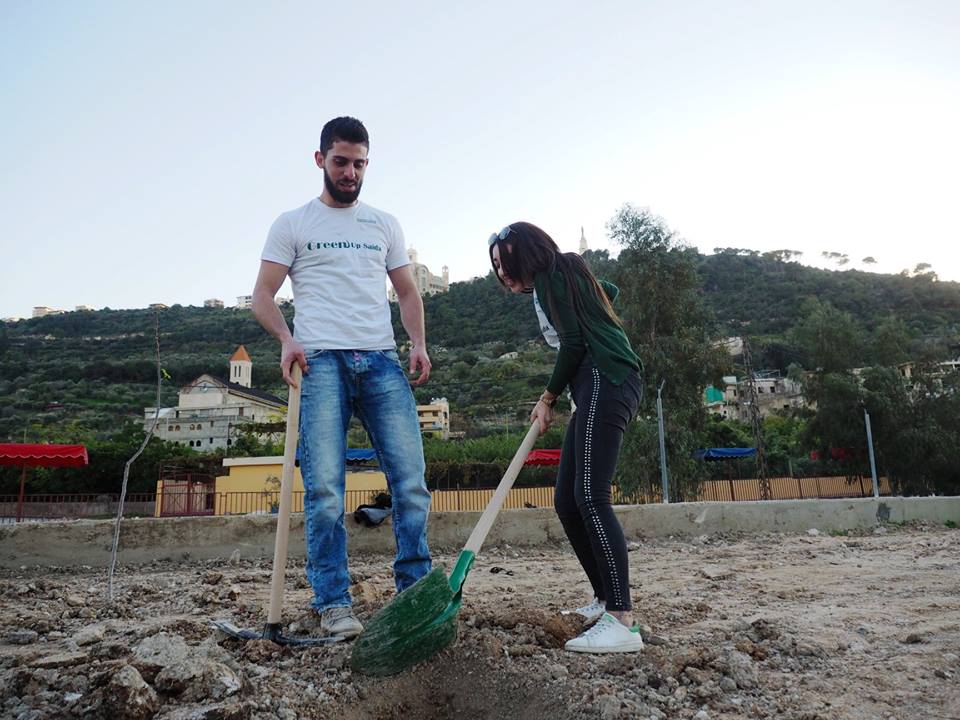 Developing life skills is an essential aspect when it comes to empowering the impoverished and vulnerable population of Lebanon.

Blue Mission ensures such trainings to both the staff and targeted population in order to ensure peak performance and long-lasting results.

Training areas include, but are not limited to, awareness about mental health treatment, recreational activities, sustainable professional development mechanisms and educational assistance. 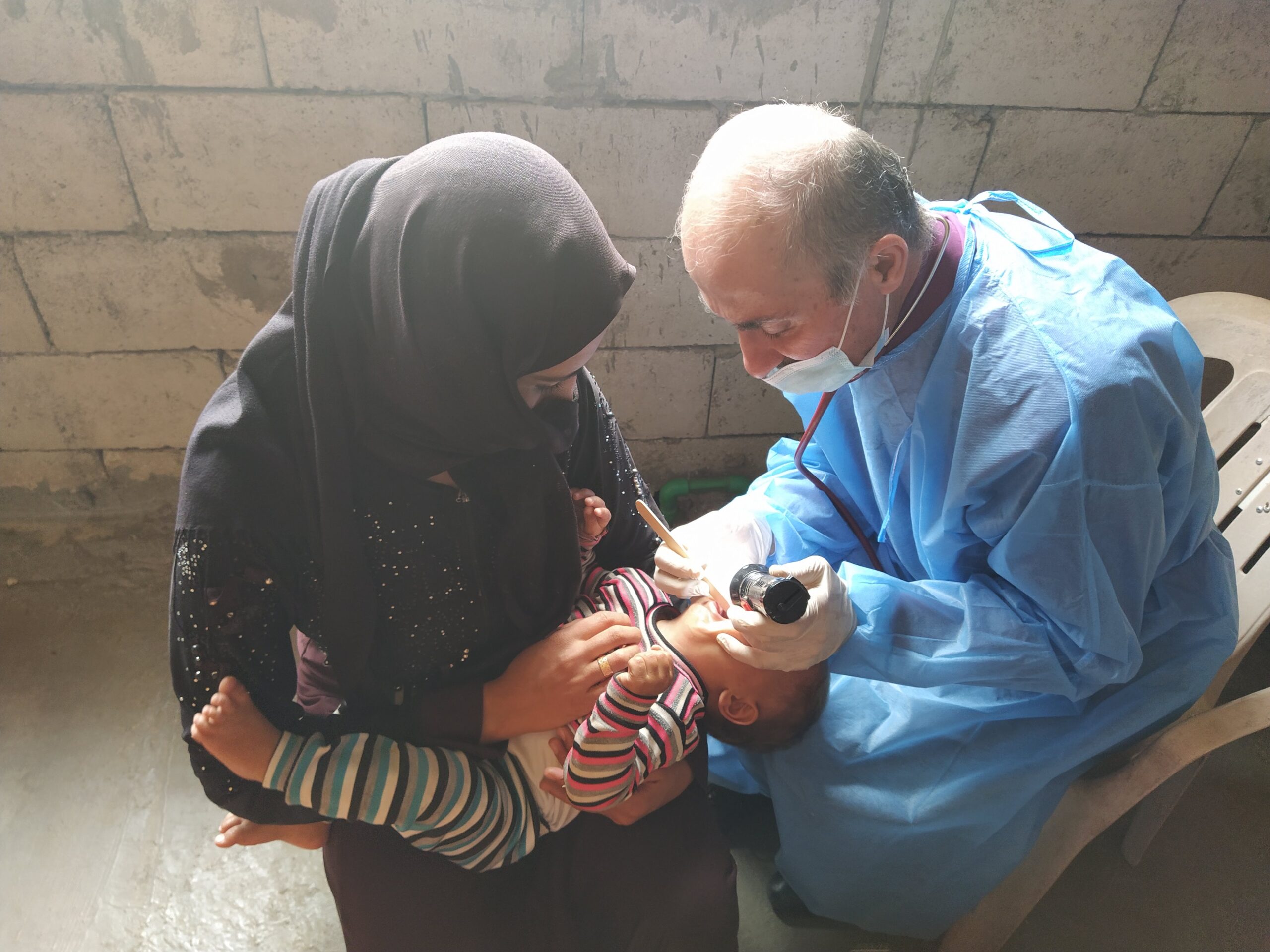 Thousands of refugees and vulnerable Lebanese are at high risk of treatable and preventable diseases, which is why our medical unit supplies the targeted population with adequate medical care.

We provide psychosocial support, counseling and referrals to specialist mental health professionals. This is done using a family-based approach to promote resilience, break the cycle of violence and empower individuals to overcome their deep wounds.

Blue mission also assists children with proper education, for they are fated for a life of marginalization and exclusion. 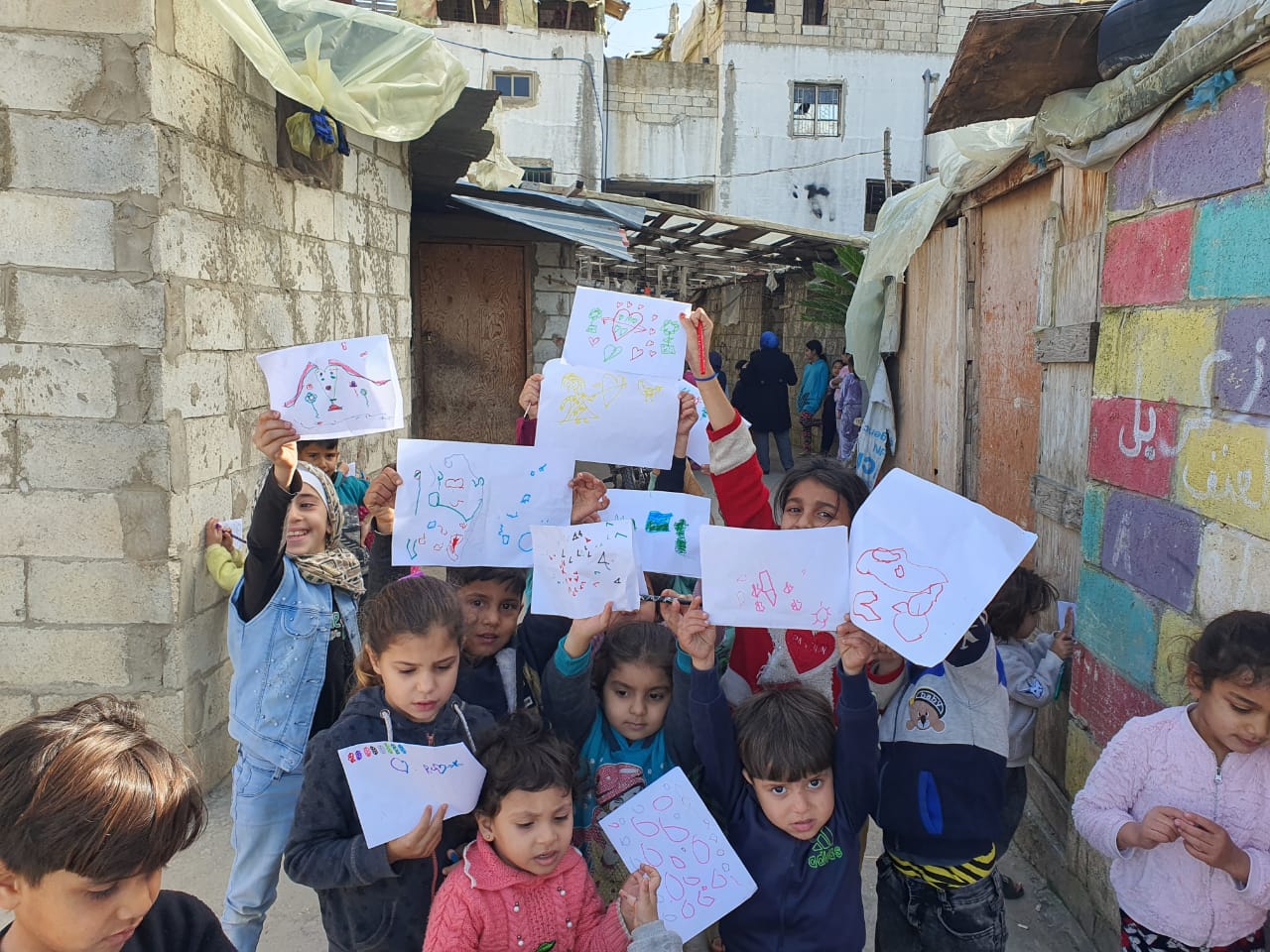 Blue mission remains a safe space for the vulnerable to voice their concerns, opinions and any form of expression to the world.

Even if such an innate right is not properly sustained in our society, it remains an important matter in our agenda to practice and execute.

We are an individual, yet diverse unit with multicultural backgrounds, viewpoints and sentiments. No matter where and who you are, we guarantee to vocalize your interests. 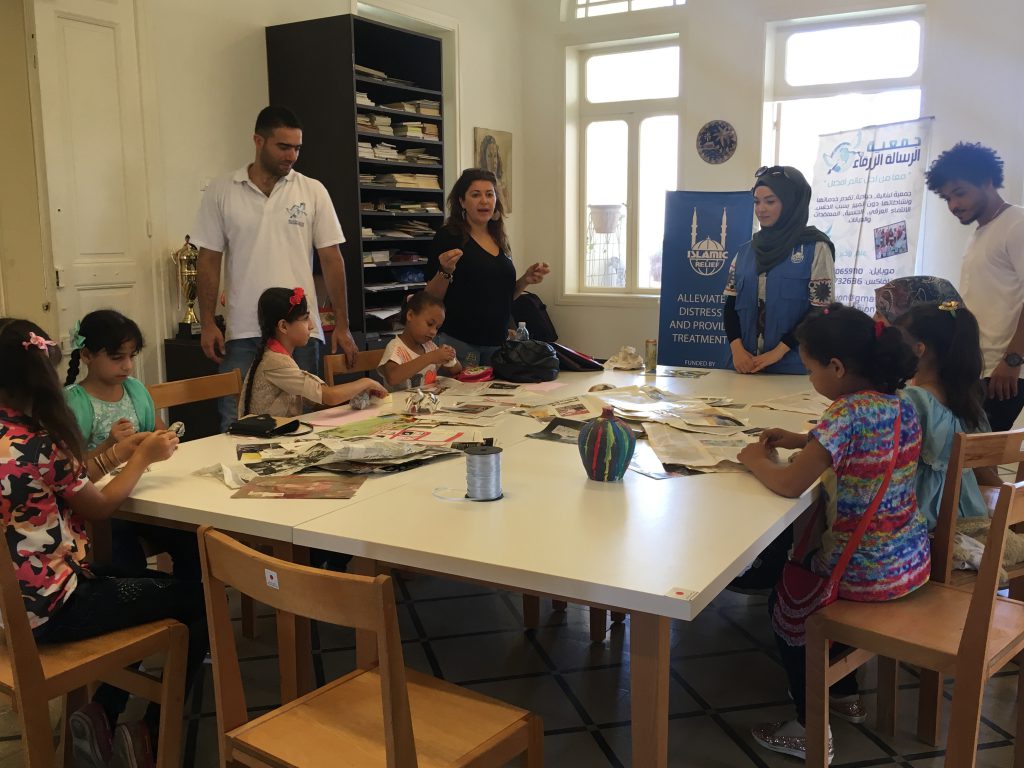 Blue Mission’s main goal is to support the educational achievements of children and youth in the community by operating after-school and out-of-school programs that provide homework support and workshops. The scope of Blue Mission’s education assistance work will expand after Syrian crisis and the arrival of refugees in Lebanon.

Blue Mission will provide educational support to the refugees who settled in the Bekaa Valley, Tripoli, Akkar, and around South Lebanon. 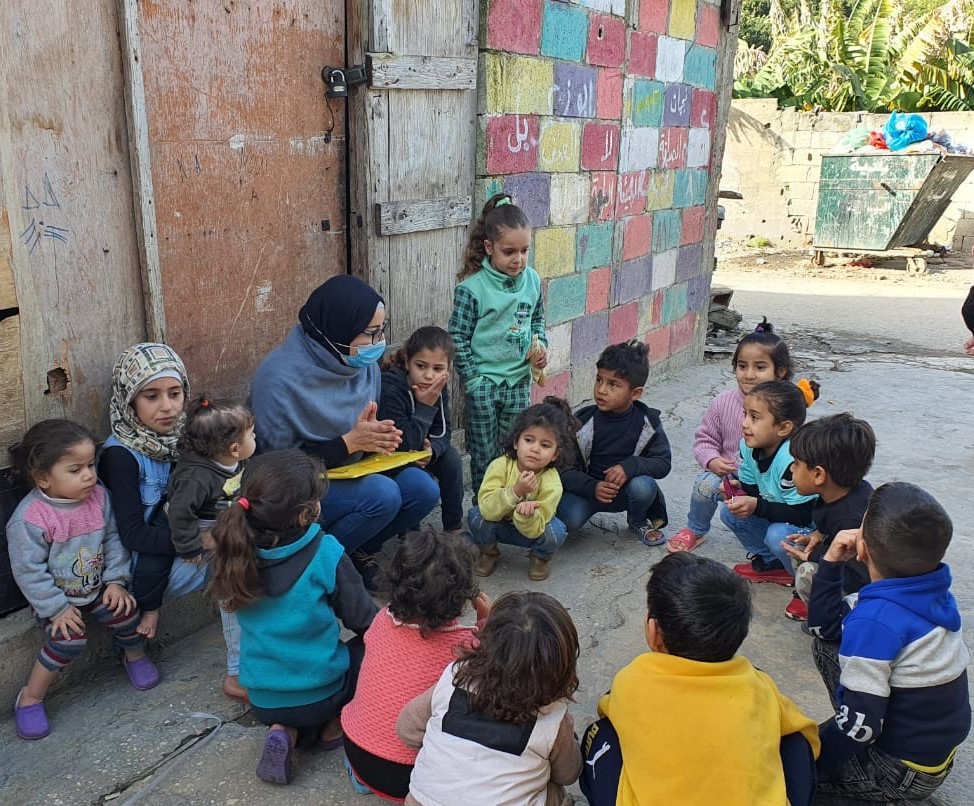 We believe in engaging the children through activities designed to entertain while also cultivating a generation committed to peace.  Children should participate in interactive workshops on a range of topics that include gender equality, early marriage, environmental consciousness, and the ramifications of child labor.

Adopting art therapy as a modality and promoting civic engagement as a vehicle for self-expression and a means of promoting self-worth.  Fundamentally, we believe that programs should convey to youth their role as critical actors in the improvement of their society and as protectors of human rights, both locally and globally. 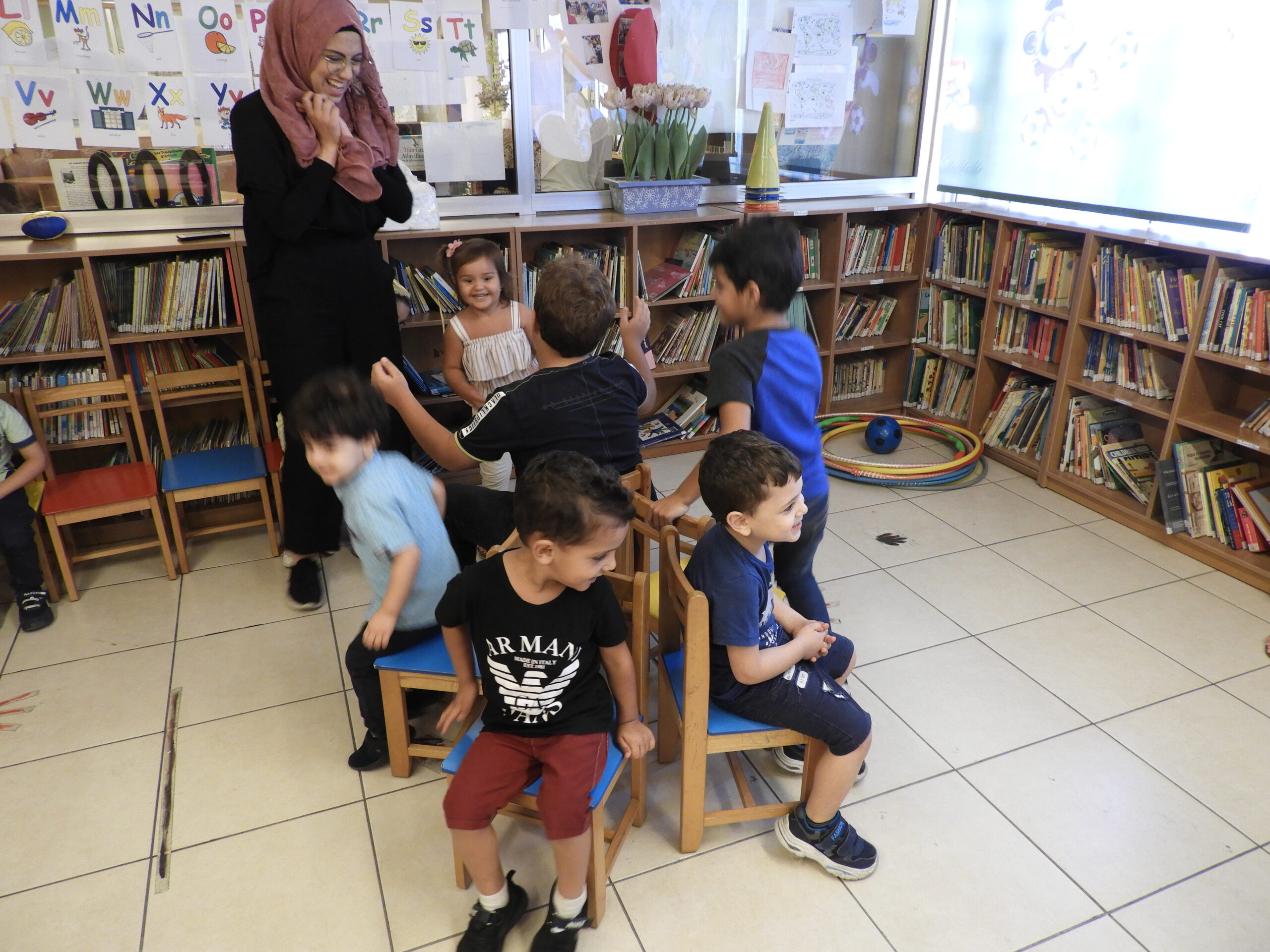 Providing psychosocial support to children to help them alleviate pain from stress and psychological pressure and equip them with the tools to become resilient is one of our goals. We also intend to provide awareness sessions to youth and parents on topics that include the psychological implication of child labor, constructive discipline and conflict resolution. 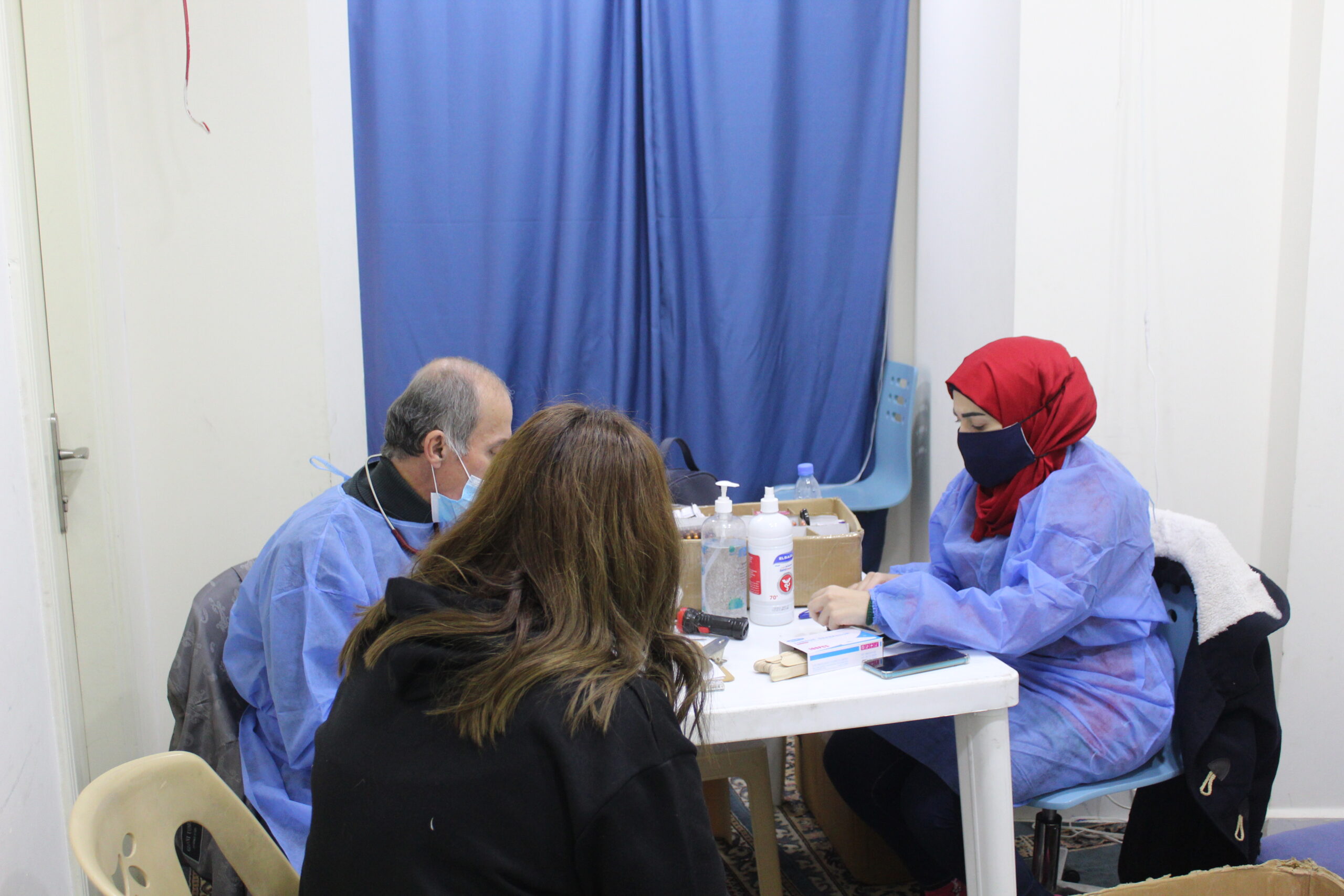 Our goal is to assist the majority of the vulnerable population in Lebanon, for no individual deserves the neglect of a basic universal human right: an adequate standard of living. Despite not having an annual targeted goal, we try our best to reach out and cater to the Southern and BML region. 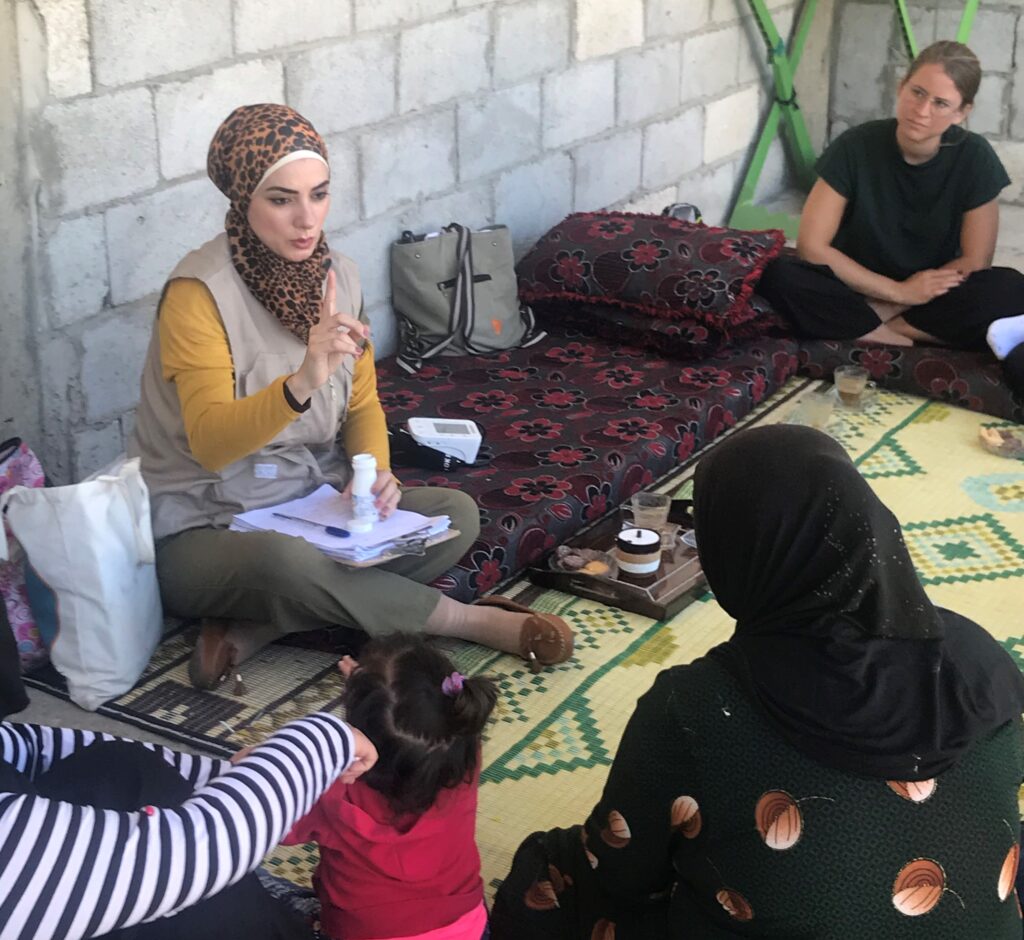 Since 2002, Blue Mission has been a prominent woman-led organization to aid the impoverished and vulnerable population. Gender inequality has been a prevalent phenomenon, especially in the Eastern Mediterranean.

As such, one of the main pillars of our foundation heavily revolves around gender nondiscrimination and egalitarianism. We guarantee gender equality throughout our diverse staff and exclusive women empowerment themes in our projects. 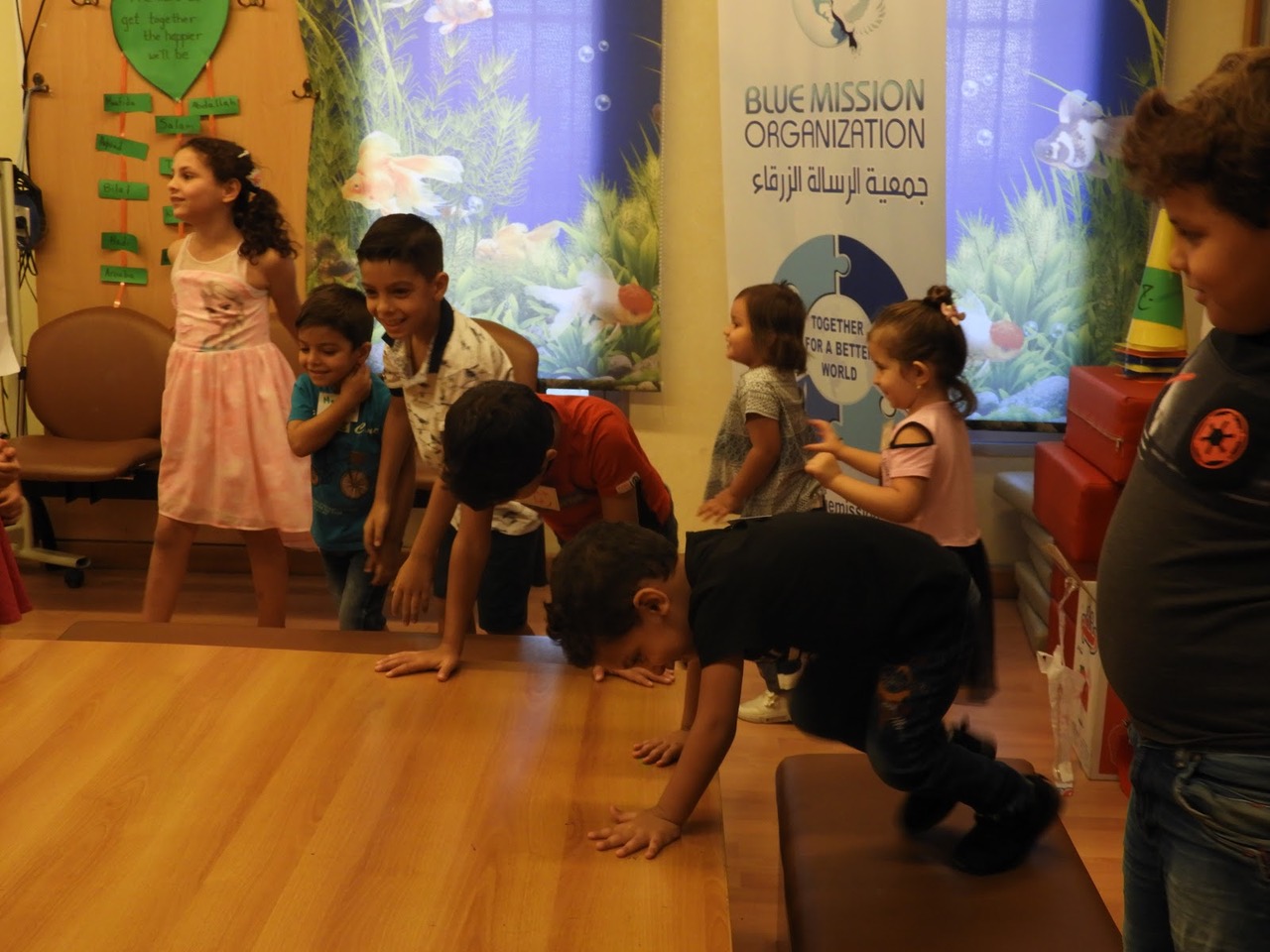 Blue Mission partners with local and international NGOs in the OUR LIFE AND WISHES program to give Syrian, Lebanese and Palestinian children from schools and shelters in Saida, the opportunity to express themselves through designing and publishing books about their past, their vision of the future, and their aspirations. 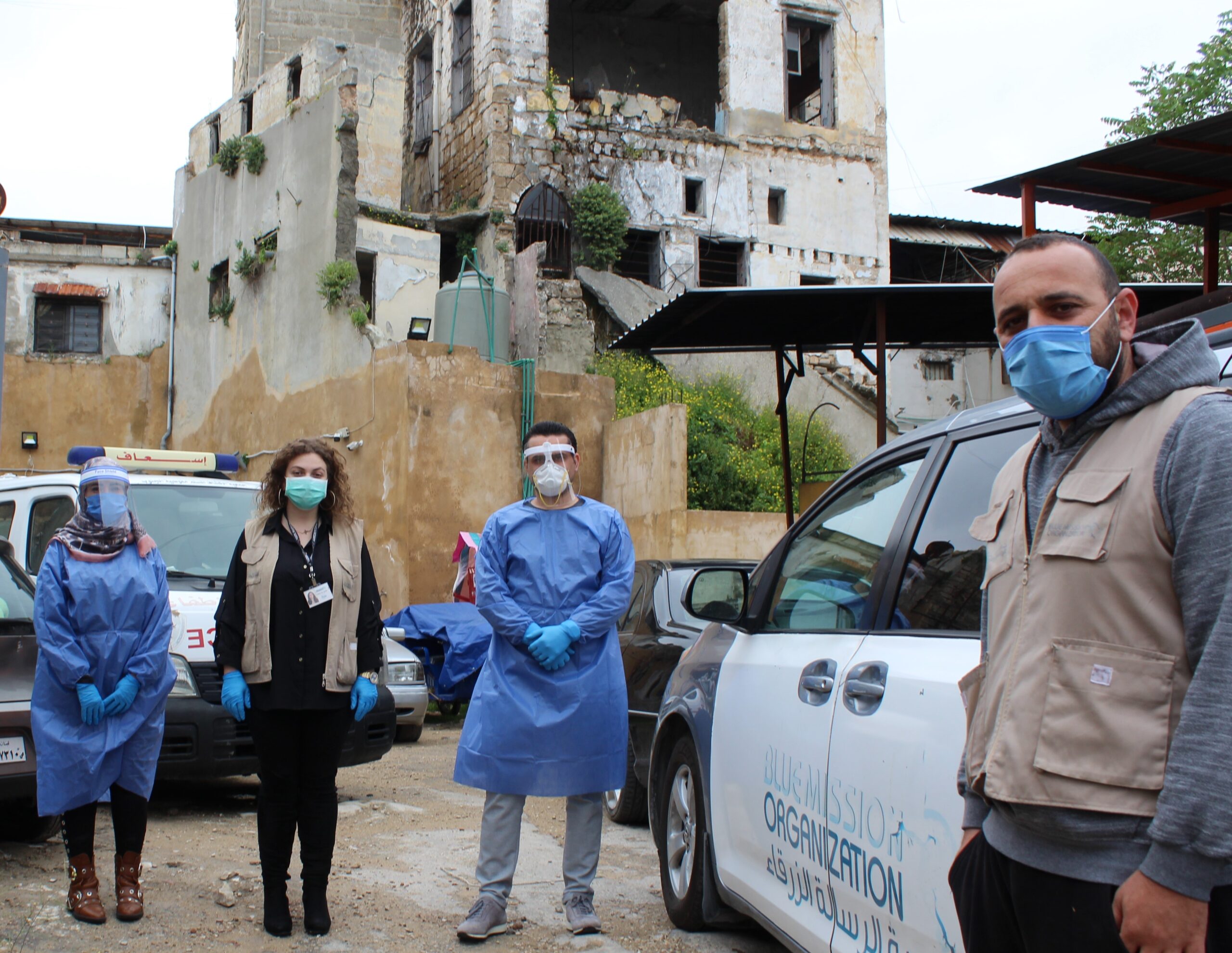 We offer a safe hub for all our staff and beneficiaries as a mean to encourage the right of free expression. Simply put, Blue Mission is a home where people can go on with their daily lives without fear of possible injury, violence, discrimination and discomfort.

A cooperative effort is carried out by our workers on a constant basis; such efforts include, but are not limited to, awareness sessions, workshops, certified training and social activities concerning the preservation of a secure, independent space for expression.

Blue Mission ensures our staff and volunteers are always designated to secure locations throughout their fieldtrips and regional missions; we prioritize the safety and wellbeing of all our members.

We study the area beforehand and offer protective measures and services as well. This guarantees peak efficiency of our projects as well as long-lasting results to all beneficiaries. 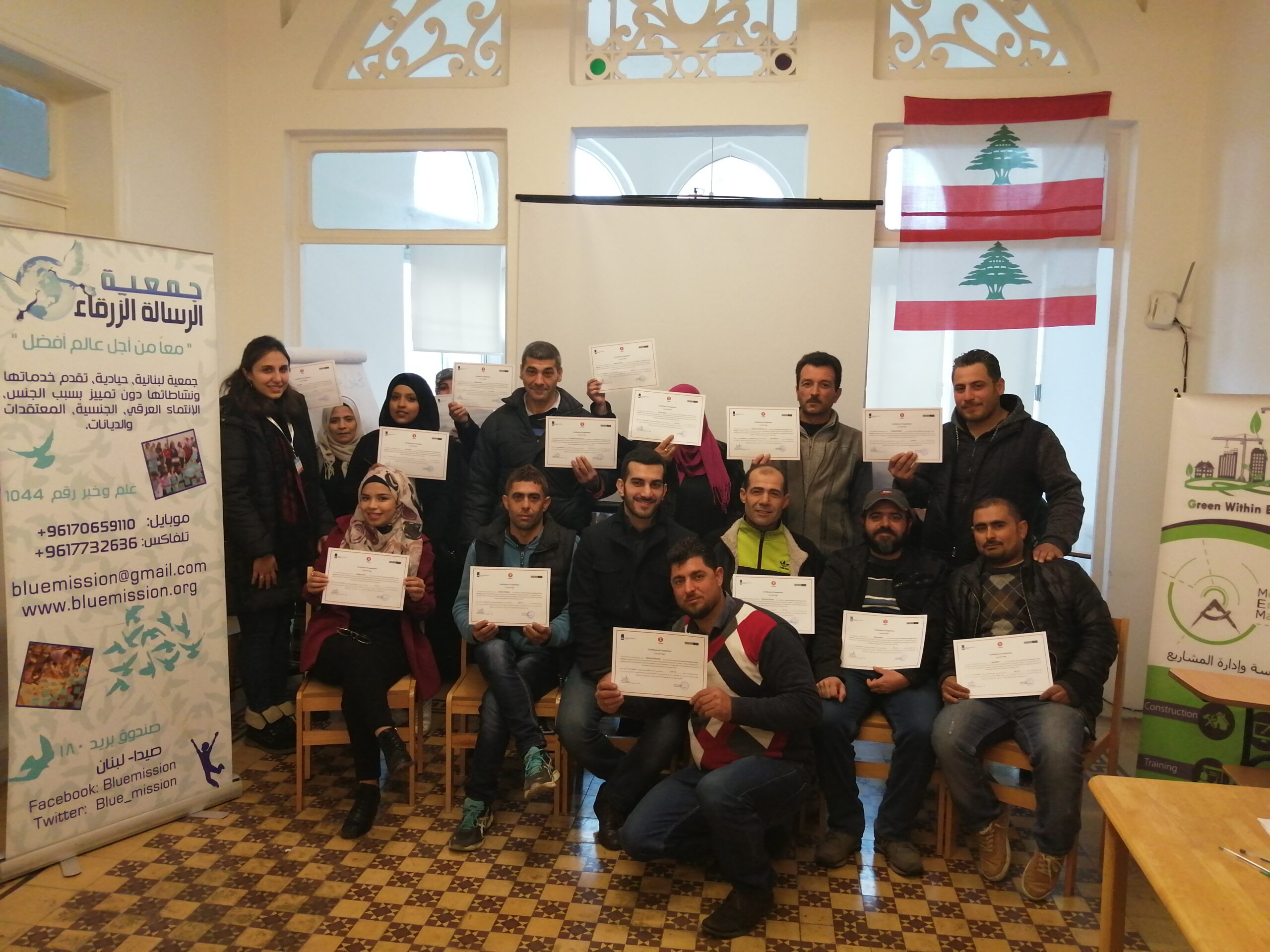 Blue Mission partners with national and international NGOs to establish a capacity building program on gender and good governance.  Our projects rooted in the belief that human development necessitates the empowerment of women.

The aim of these projects is to ensure municipal officials receive training on gender and development, good governance (accountability, transparency, rule of law), inclusive governance, and municipal law.

Blue Mission has provided training on mental health treatment strategies to partner NGOs that have worked with Blue Mission in implementing psychosocial support projects throughout Lebanon. Blue Mission partnered with UNRWA to offer training to teachers and school administrators on how to nurture a supportive, inclusive, and caring learning environment for children. 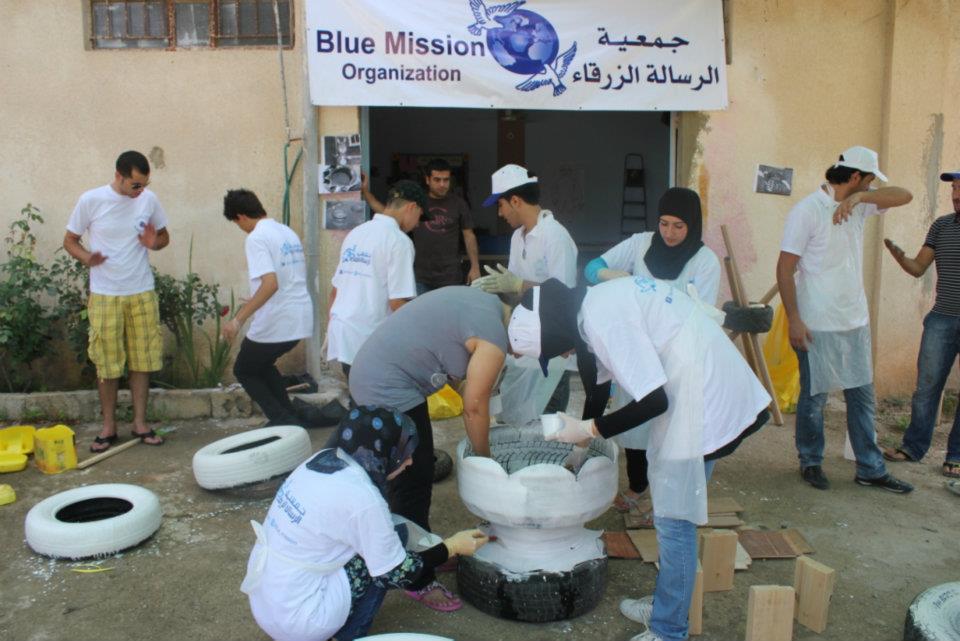 Blue Mission deeply believes in the importance of peace and tranquility for all, which is why all staff members, workers and volunteers go through extensive trainings for protective measures.

Although we do not offer direct protection services, we cooperate with other local and international organizations responsible for violent behavior and that is through developing the social workers’ abilities in the organizations, universities, and schools through training courses.